Wube Software is a bunch of geeky programmers and artists that bring you Factorio.
Our office is located in Prague, Czech Republic.

Originally "a garage company" of 2 programmers and 1 graphician, with an interesting idea grew to a team of 27 in-house professionals and contributors around the world. 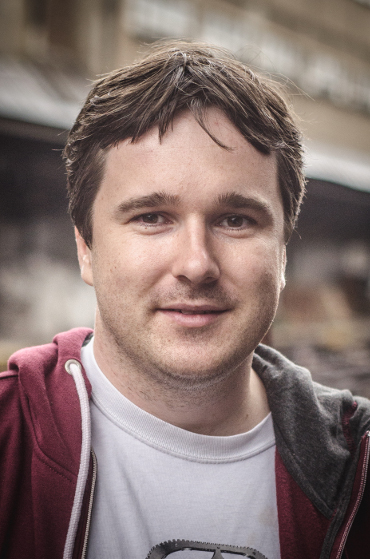 Spent his childhood with computer games and programming. He started the project and is the creative heart of the team. Balances his time between programming the game and directing its development. 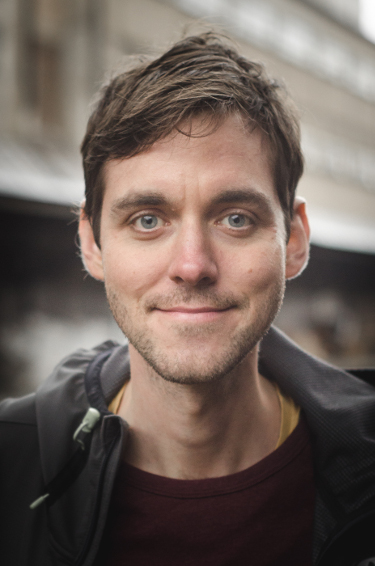 From the beginning he did many things from programming to managing the company. Nowadays active much less, only in bigger decisions and occasional consulting. 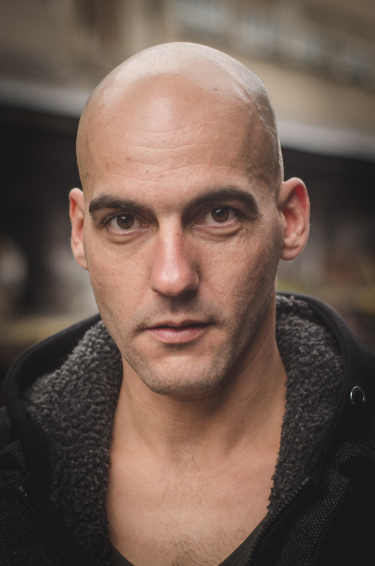 The artist and illustrator responsible for the visuals in Factorio. Obsessed by details, meanings, and balance; he translates concepts into pixels to give the best player experience. 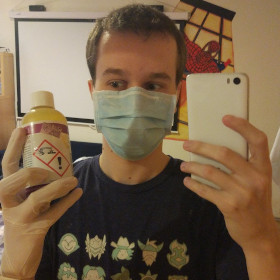 Moved from Romania to work on the game. He plays lots of games and likes electronics, RC models and quadcopters. Designed and implemented the circuit network. 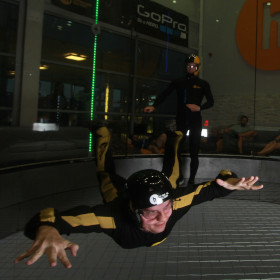 Enjoys a wide range of PC and Console games. Works in the deepest parts of the game engine and rendering systems, and helps make sure the game is playable for as many players as possible. 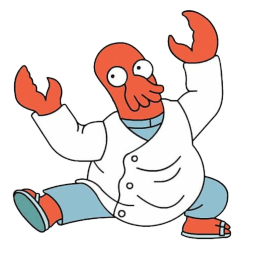 Works remotely from Michigan, USA. His all-time favorite tasks are performance optimizations. He is very active in the modding community and on the Factorio Discord. 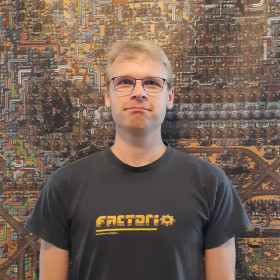 Former OpenTTD player and modder, who found Factorio as his new toy to play with (and now develop). Prefers a systematic approach to his work. 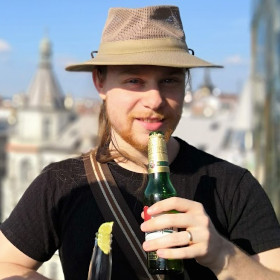 From the UK. He takes care of the public relations, community, and anything business related. In his free time he experiments with the engine and develops mods for the game. 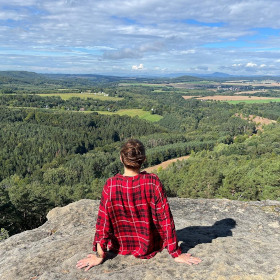 Loves travelling, nature, and Asian food. She assists the team in a large number of ways, including accounting and office matters. 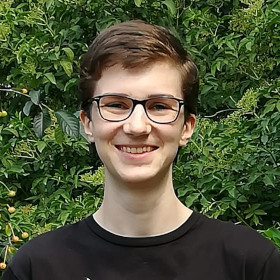 Working part-time from Germany while studying CS, handling the organization and administration of the Factorio Wiki. 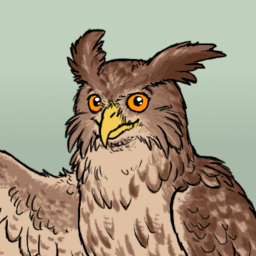 A proclaimed Python and Assembly 'Guru'. He develops and manages our mod portal, multiplayer server, and other web services. Owl by night. 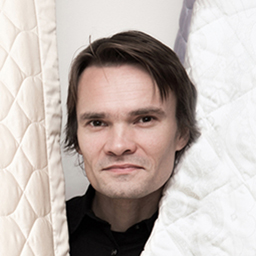 A Graphic designer specializing in corporate design. Working with us on UI and other challenges which arise. 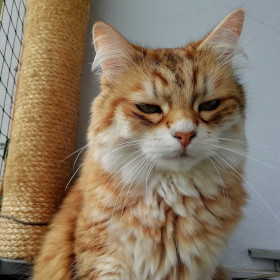 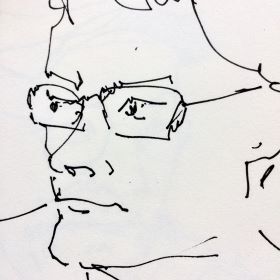 English Sound Designer, with a special interest in improving player immersion through sound. At weekends, an urban sketcher and painter.

A developer who likes creating stuff, tinkering with simulations and PC games. So far got his hands on electric networks and train mechanics. 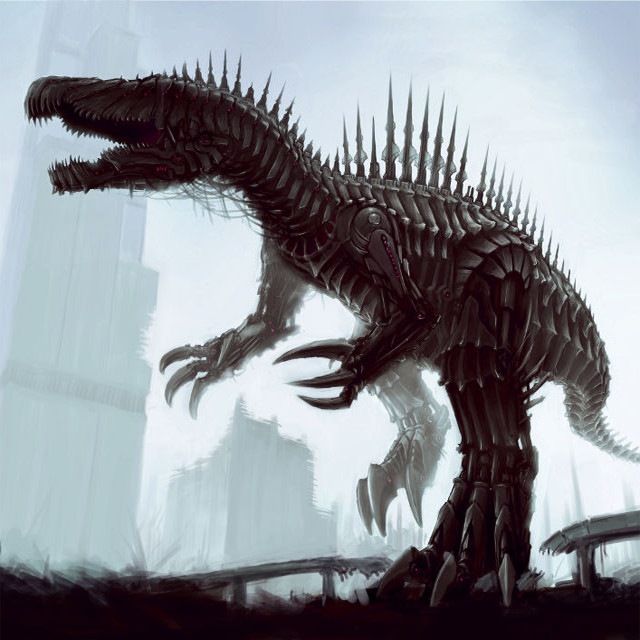 An artist with a keen interest in how things work. Spent most of their life working on various aspects of game development from game design to concept art, 3d modelling, and programming. Has a special talent for visualising complicated systems. 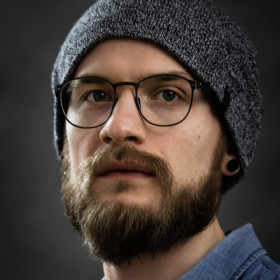 A 3D artist from Poland. He would love to write what he already did for factorio, but he is new here. 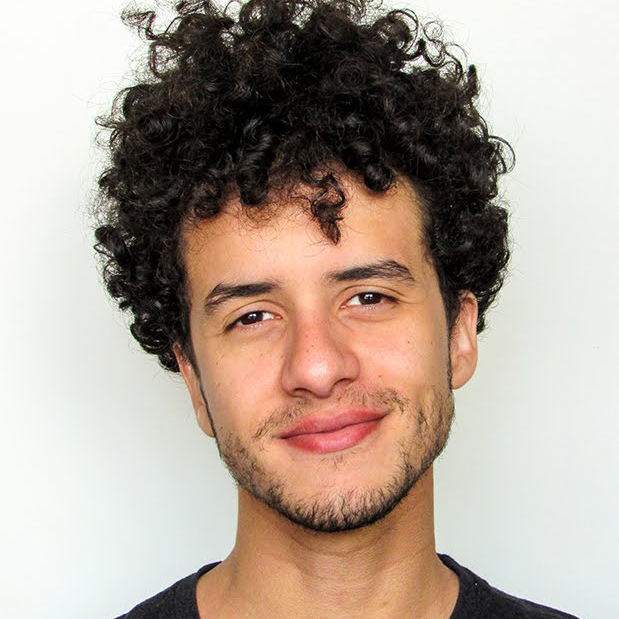 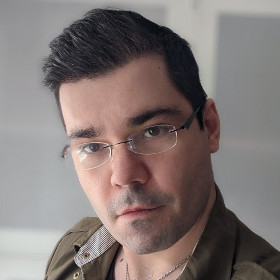 Self-proclaimed inverse-engineer and machine-spirit disciple. Believes everything in life is better with addition of a few tactically placed jet engines. And cannons. 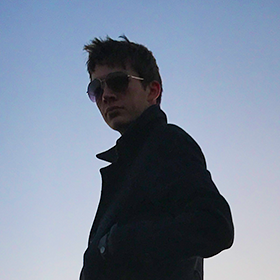 Working remotely from the UK, he is primarily responsible for creating materials and terrain. When not at work, he can usually be found practicing archery, climbing rocks, fiddling with electronics, or thinking about the vastness of space. 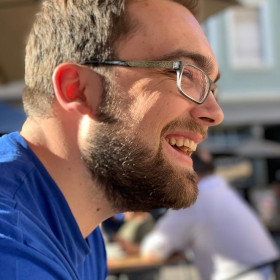 Working from Luxembourg to improve documentation in a multitude of ways. Likes to work on mods and pontificate on the Discord. Loves to cook and grill. 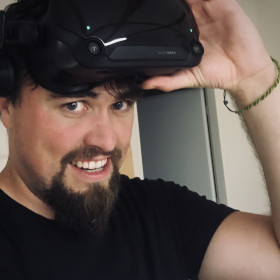 DevOps Dude from Germany. Does everything from planning server racks to integrating auth server bans into Factorio. Has a keen interest in gamedev and indie games. 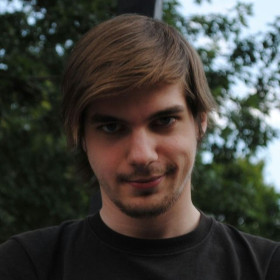 A microwave engineer from Ukraine. Switched his career as he finds it much more satisfying to code for the favourite game. Works on the expansion code. Enjoys maths, physics, cinema, and video games.

Working remotely from Germany. Gamer and hobby programmer since middle school, now fiddling with the game he has been enjoying for years already. 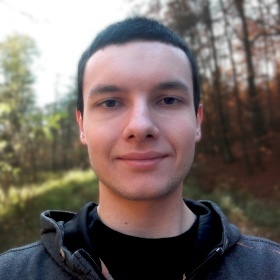 Studied game engineering in the UK. Loves all aspects of game programming, from gameplay to optimisations to the rendering pipeline. Enjoys cycling in his free time. 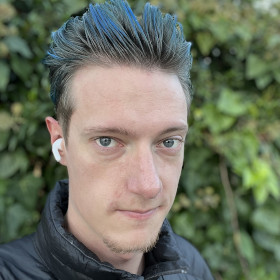 A Californian software engineer turned game developer. Has a sharp sense for code health and a passion to make fun and stable video games. 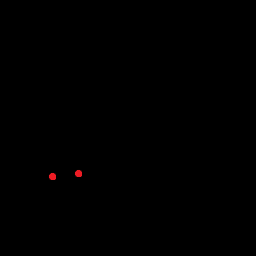 Past team members / Special thanks

Worked with us for over 5 years, helped to develop some of the core features and internals of the game.

A freelancer from the UK who tightly cooperated with us. He is responsible for all the music in the game.

Worked with us for nearly 4 years. He took care of the build and deploy systems, macOS issues, and managed the game services and servers.

Took care of the biters and AI behavior in the game, as well a lot of multiplayer and networking systems. Is a Linux (and games for Linux) fan, and handles all manner of Linux specific issues.

A 3D artist from Germany. He is a big fan of dystopian and utopian science fiction movies, books and games. He likes designing and modelling fictional vehicles.

During his year and a half at Factorio, Jiří ported the game's engine to SDL, helped rewrite the graphics engine, and maintained macOS compatibility.

Competitive programmer from Russia. Heavily optimised some of the core game systems, such as transport belts and decorative entities.

A 3D Generalist from Lithuania. Enjoys every part of developing games and is addicted to analyzing other games technology and art.

Is an Irish programmer. He is interested in FOSS, and is the founder / lead developer of the freeablo project

With many years of experience using Factorio for education, he worked with us to develop our campaign and tutorial missions.

Sound designer, DJ, Composer, Music lover, Dreamer; Imperfections are our beauty. Worked on the sound design of the game.

One very big thank you goes to the whole Factorio community, namely on the Factorio forums, on Steam, and on Reddit.